Living With: Boluwatife Shares The Truth About Life As A Sickle Cell Warrior 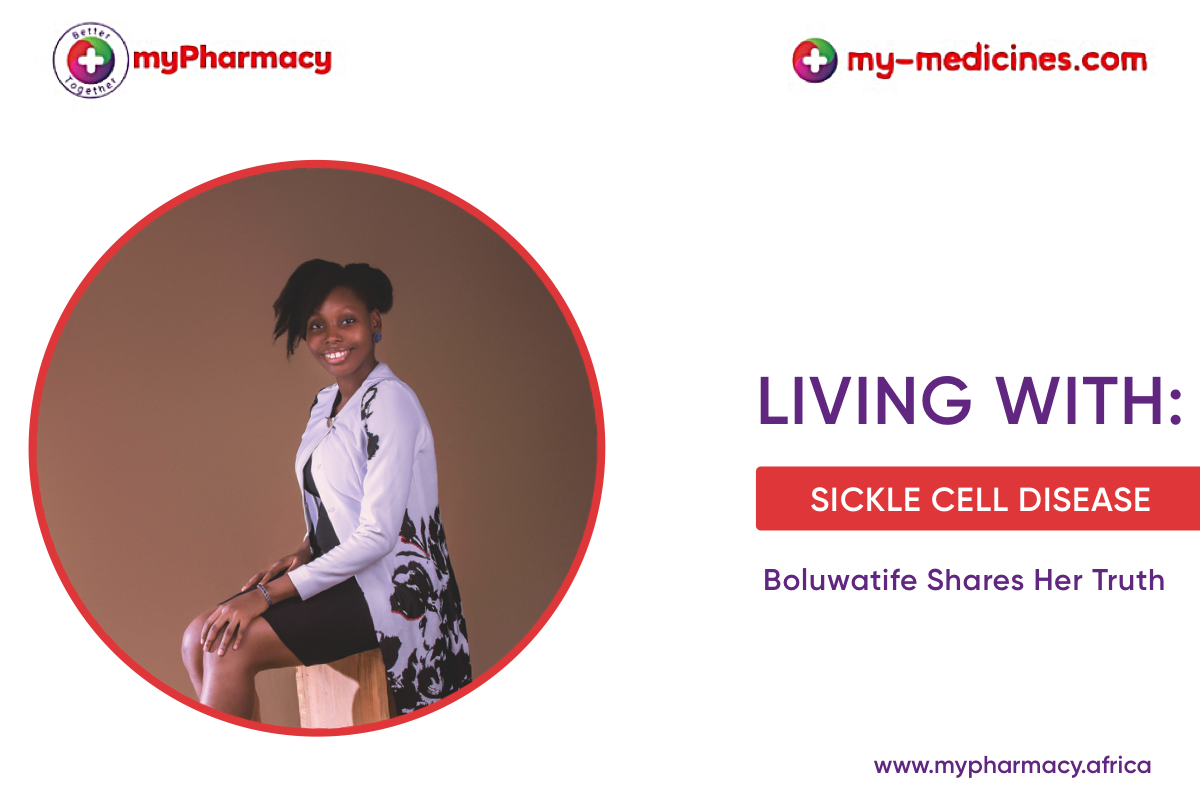 To commemorate World Sickle Cell Day, we are premiering Living With, a series to chronicle the everyday lives of people living with various health conditions. In this instalment, we caught up with Boluwatife, a sickle cell warrior and advocate at Chara’s Diary. She shares what it means to live with sickle cell disease, how living through the pandemic has been and shares the one thing she wants people to know about Sickle Cell Disease.

Hello Boluwatife. Could you introduce yourself briefly?

My name is Oluwagbamila Boluwatife, a graduate of the prestigious Obafemi Awolowo University. I am a serving corps member. I love swimming, travelling, adventure and reading. As a graduate of Psychology, I am passionate about ensuring people are mentally healthy. I am also a Sickle Cell advocate passionate about educating the public and raising awareness about Sickle Cell, especially through the #KnowYourGenotype campaign. I believe in a Sickle Cell Free Generation and am the founder of Chara’s Diary – the platform through which I carry out my advocacy.

When did you realize you had sickle cell disease?

My parents found out I had the condition when I was three years old. My older brother fell sick when he was five years old. After some tests were carried out, it was discovered that my brother had sickle cell anaemia. My parents then had to conduct a test for me and my elder sister. My genotype came out as SS and my sister’s result came out as AS. That is how I discovered I had sickle cell anaemia.

In what ways can you say the condition changed your life?

Sickle cell disease has changed my life in a lot of ways. It has influenced major and minor things in my life. It influenced the school I had to attend, the kind of friends that decided to play with me, the days of school I missed because of doctor’s appointment and hospitalizations, the kind of activities I was allowed to be involved in and dropped out of like swimming for competition in my school’s team (because my mom was worried it will affect my health, although I still do it for leisure), dropping out of my gym after I had a serious crisis and the state I had to do my youth service in, to mention a few.

What led you to become an outspoken advocate for sickle cell warriors?

In my final year in university, I was doing my research work and I chose a topic that involved sickle cell patients. While looking for respondents for my questionnaire, I was advised to go to the paediatric haematology department.

When I got there, I met a lot of very young children with the condition. The case that broke my heart was of a one-year-old girl. At that point, I began to wonder that with the amount of advocacy and education going on in Nigeria and the world as children were still brought to the world to suffer. After that, I decided that I was going to lend my voice to the cause. I decided to advocate on my WhatsApp status till I started building my brand, Chara’s Diary.

How have you been surviving through the COVID-19 pandemic?

As a sickle cell warrior, when the lockdown began, I was ecstatic because I was getting really stressed out at my workplace and the break means I get to rest from all activities. I stayed home and planned my next move. I took online courses and started an adventure in tech (coding) which is far from my course of study but I enjoyed it. I’ve been busy with that till I decided to start my 30-day countdown to World Sickle Cell Day.

Have you had any issues with access to healthcare in these times?

At the beginning of lockdown, this was not really on my mind. I knew a lot of warriors who fell sick but it didn’t bother me much. I tried to stay healthy and stay out of the hospital because I didn’t know the situation there and I didn’t want to put myself at risk as an immunocompromised patient. When I fell sick and was in serious pain, the hospital wasn’t on my mind. I needed a way out of the pain. I reached out to my haematologist who told me to present at the emergency unit of the hospital.

I told him I couldn’t so he prescribed some oral medications and go to the haematology day clinic the next day. I was attended to there and I went home that same day. I was so relieved that I didn’t have to be admitted to the hospital.

It has been a difficult time for a lot of people mentally. How have you been?

My mental health has been good throughout the pandemic; I kept myself happy and busy. I have enjoyed everything I have done. The online courses I took, the advocacy, and other things I did. They were fun, educative and enlightening.

Do you believe Nigerians know enough about Sickle Cell Disease?

What are some facts you wish more people knew about living with Sickle Cell Disease?

Sicklers are not named Sicklers because they fall sick frequently. People living with Sickle Cell prefer to be referred to as Warriors. The name Sickle Cell came about from the shape of the red blood cell which is like a Crescent or Banana shape as opposed to the normal round or doughnut-shaped healthy red blood cell. The term, Sickle was derived from the popular farm tool Sickle.

Do not look at someone who is skinny and assume that the person has Sickle Cell Disease. There are Sickle Cell Warriors who are chubby too.

The statement that ‘You do not look like you have Sickle Cell’ is not proper and should be avoided.

What one thing would you change about the world’s perception of living with sickle cell disease?

The pain of a sickle cell crisis is excruciating. Sickle cell patients don’t fake the pain. They don’t get used to the pain. They are not drug addicts or drug seekers. Sickle cell is not a death sentence. Sickle Cell warriors are not lazy. I’m sorry I know I mentioned more than one. It was needed.

A sickle cell-free generation is possible. It begins with you and me. Know Your Genotype. End Sickle Cell.

We agree wholly with Boluwatife’s closing words as a goal all of us should work to attain. Together, we can do more.

PrevPreviousSorry, Only Healthcare Professionals Can Score Up To 8/10 In This Very Medical Quiz – Or Maybe You Can Do Better?
NextBusting 6 Myths About Vitiligo | Number 4 Will Shock YouNext