#ENDSARS: Our Stance, Response And A Harrowing Aftermath 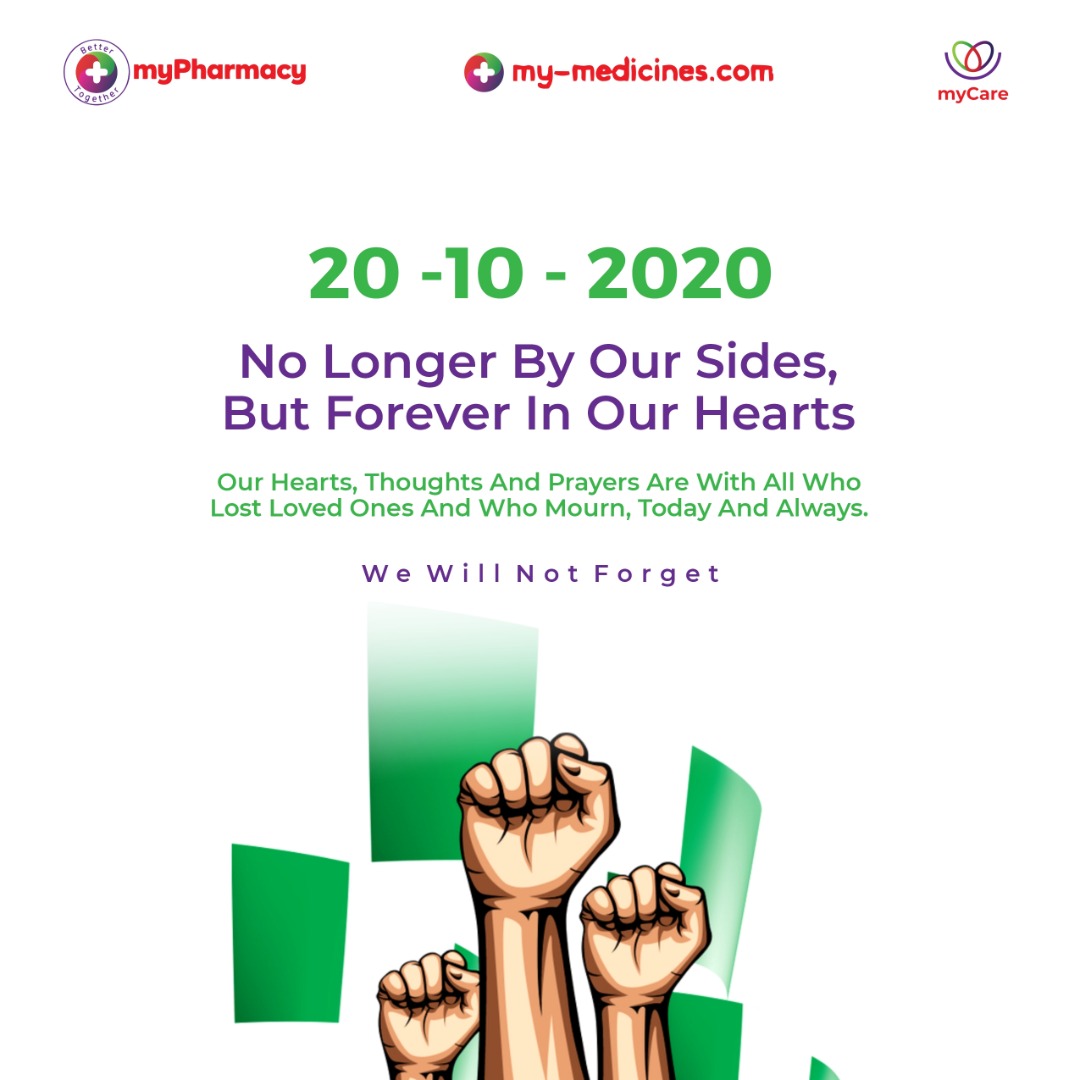 On October 3, 2020, Nigerian social media was set agog with the video of a young man in Ughelli, Delta State, accosted by the Special Anti-Robbery Squad (SARS) unit of the Nigeria Police which reminded the entire nation of the endless burden, inhumane experiences and lives lost due to the influence and actions of the sect.

Following this event, online awareness immediately erupted via Twitter and other platforms with the hashtag #EndSARS garnering over 28 million tweets, endless support across the globe and its own Twitter symbol.

The movement also manifested physically with the Nigerian youth taking to the streets, in at least 15 locations nationwide, all seeking one goal- an end to police brutality.

We took a stand- with the people. At Advantage Health Africa, via myPharmacy, my-medicines.com and myCare, we believe that an injustice to one is one too many. We will always take the side of equality and justice.

Initially, we supported at the protest grounds with essential medical items including painkillers, antacids, oral rehydration therapy, first aid items, personal protective equipment, which we knew would be needed by the Nigerian youth representing the cause.

As the peaceful protests garnered momentum, the need for an anti-teargas solution was discovered and our production and procurement teams at myPharmacy took on the task. We produced bottles of saline eye spray, to counter the effects of teargas, that were distributed to varying protest grounds nationwide.

On the 20th of October, 2020, the world witnessed a painful event at the Lekki Toll Plaza, Lagos, which was followed by a surge of looting across the state nationwide.

Unfortunately, our branch located at Lekki Phase 1, myPharmacy Lekki Branch, was infiltrated and looted, along with several other pharmacies and businesses. Thankfully, our members of staff were not at work as we advised against opening on that day due to the climate at the time.

We stand against attacks on health workers, have counted our losses, and are assured that we would come back stronger. All other myPharmacy branches are functional and my-medicines.com is available to cater to your doorstep drugs and medical devices delivery.

We sincerely commiserate with every Nigerian who lost loved ones, who is currently recovering and everyone who lost property.

PrevPrevious5 Superfoods Children Get Great Nutrition From (And Enjoy Too)
NextWant to Gain Weight? Here’s What To Know And The Right Ways To Do ItNext