Busting 6 Myths About Vitiligo | Number 4 Will Shock You 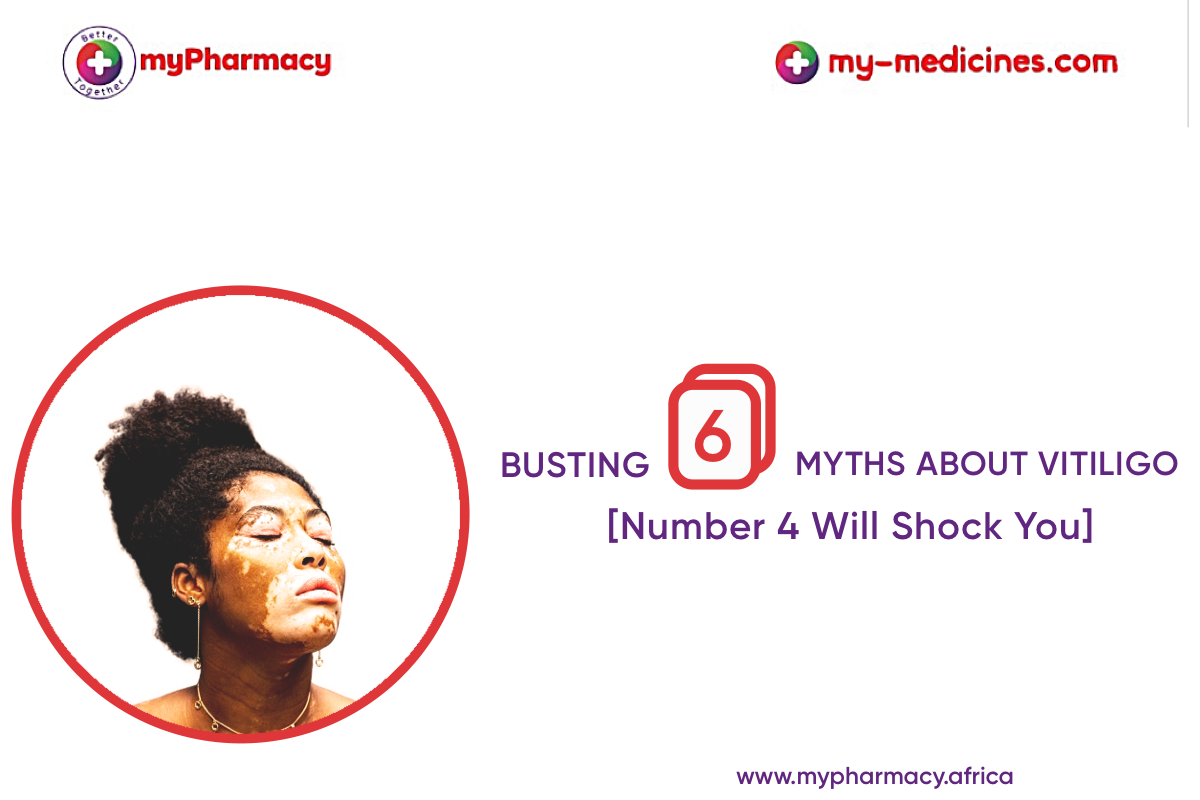 Vitiligo is a skin condition characterized by the presence of milky-white patches. It occurs when melanocytes (cells in our body that produce colour) are weakened or destroyed. These cells are produced in everyone, regardless of nationality or gender. Vitiligo is also known as leukoderma and affects only the colour of the skin. The texture and quality remain the same. It may also occur in mucous membranes like tissues in the eyes, nose, as well as the scalp.

Myth #1: Vitiligo Can Be Contracted From Someone Else

No, it can not. In simple terms, vitiligo is not contagious. Hence, it cannot be passed on from one person to another by direct or indirect contact. For people who have a family history of vitiligo or autoimmune diseases, they may be at a higher risk of getting vitiligo.

While this can happen, it mostly does not. For many people living with vitiligo, they develop the condition in their twenties or thirties.

Myth #3: Vitiligo Is Caused By Eating Some Foods

There is a school of thought that eating certain foods like milk or citrus fruit in high quantity can lead to vitiligo. This is 100% untrue.

Although the exact cause is not known, it may be due to extreme stress- physical or mental or extreme sunburn. In children with vitiligo, it is regarded as an autoimmune condition where the antibodies attack cells in the body. These, however, have not been confirmed.

Myth #4: Having Vitiligo Increases The Risk Of Skin Cancer

This may be because what destroys melanocytes may also destroy cancerous cells. Another study suggests that the genes linked with vitiligo may also lower the risk of malignant melanoma.

The condition does not hurt- physically. However, due to the lack of sensitivity of society and personal thoughts, people living with vitiligo may deal with depression, low self-esteem and other mental issues. It is important that we are supportive of vitiligo fighters.

Myth #6: Nothing Can Be Done To Help Vitiligo

Although there is no treatment to cure vitiligo, there are certain treatments that may help restore some skin colour, but their effectiveness varies according to individual pigmentation.

Vitiligo affects people of all genders and races equally. Typically, vitiligo is most noticeable in people with darker skin because of the contrast between depigmented and the unaffected skin.

There should be no form of discrimination for people living with vitiligo. Every year on June 25, World Vitiligo Day is marked to spread awareness about the condition.

Did you learn something new?

PrevPreviousLiving With: Boluwatife Shares The Truth About Life As A Sickle Cell Warrior
NextWhat You May Not Know About Paracetamol (But Should!)Next